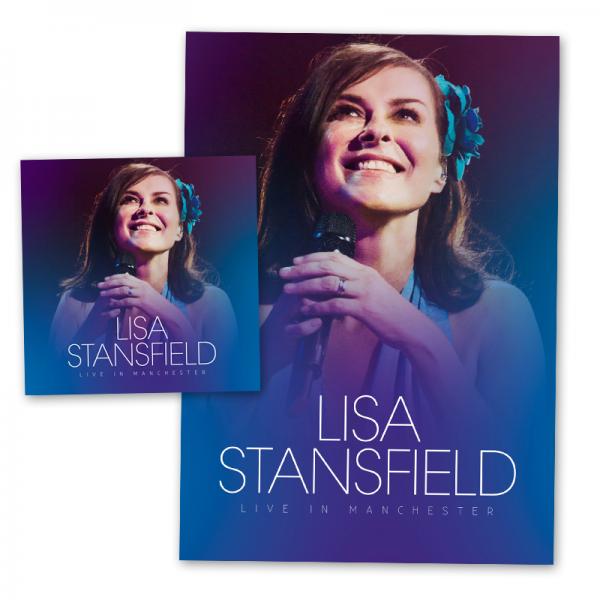 2014 was clearly the year of Lisa Stansfield. After 10 years, she returned with her latest studio album “Seven” in January 2014, charted all over Europe and in the Top 15 in both UK and Germany. The success was followed by an extensive tour all over Europe and the remix album “Seven+”. Now it's time to continue that great success with the release of her brand-new live album “Live in Manchester” including recent songs like “Can't Dance” from the album “Seven” and classics like “All Around The World“ & “Change”.

Recorded in Lisa's hometown Manchester at Bridgewater Hall on September 7, 2014 during her European Tour, “Live In Manchester” presents the great pop and soul singer in front of an enthusiastic audience, at ease with herself and her music. Clearly, this performance marked Lisa's return to the international stage and confirmed her status as one of the UK's premier recording artists.

Filmed by Tim Sidwell (among other things responsible for the high class video production of “Celebrating Jon Lord”) and mastered at Abbey Road Studios, “Live In Manchester” offers the greatest video and audio quality. The bonus material, an over 25 minutes interview gives great, in-depth insight into the artist minds and completes the high quality production.